close
Our latest news is below...to stay up to date...subscribe to our e-news 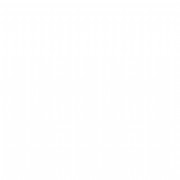 We hope you are all coping with lockdown, learning new skills such as teaching or bread and cake making if you can find any flour!

Sadly, but inevitably, our May BE Horse Trials has been cancelled. Following the extended lockdown period and in discussion with BE we felt that it would not be possible to run the event within expected timescales.

Our May Residential Camp has also been cancelled but a rescheduled date in August has been earmarked and hopefully many of you will be able to switch to the new date.

Strange times indeed for everyone but we trust you are keeping well and look forward to seeing you when restrictions are lifted and we can all get going again.

Further to the Prime Ministers speech on 23/03/20 all our facilities will remain closed until further notice.

Pontispool is following guidance from the BHS (British Horse Society) in relation to Coronavirus.

Please click on the link to see the latest BHS statement: https://www.bhs.org.uk/our-charity/press-centre/news/2020/march/210320-covid19

We are monitoring the coronavirus situation daily and currently our arena and gallop remain open for schooling as it is deemed appropriate for recreational riding to continue, including training and clinics providing you follow the Government guidelines on hygiene and social distancing.

Due to concerns relating to putting additional pressure on the emergency services, we do not feel it appropriate to open for cross country schooling on grass at this time.

We expect everyone to adhere to the guidelines issued.

The Cafe is now closed under government restrictions.

Current advice for employers and businesses

In respect of horses using Pontispool facilities for schooling and our own residential camps and clinics, we require horses to be up-to-date with their annual vaccinations in line with the current protocol. Therefore, horses that have been vaccinated in the last 12 months and with vaccinations which are up-to-date are permitted at Pontispool Equine Sports Centre.

In respect of our British Eventing Horse Trials, we follow their current protocol:

Please refer to full BE Rules which have been revised for 2020.

We are very pleased to announce that NAF are kindly supporting our Eventer Challenges on 1st, 2nd and 15th February as well as 1st November. They will be providing prizes for all classes.

NAF are passionate about both horses and the products they manufacture to keep them healthy, happy and performing at their very best. They offer an extensive range of products; from joints, breathing, hooves, digestion and calming supplements, to silky mane & tail detanglers, super shampoos and luxury leather care.

You may have noticed but my Badminton trip with Zagreb didnt go entirely according to plan.

We went hoping to obviously be competitive  but one of the dressage judges wasnt keen that morning, perhaps they were looking forward to lunch or hadnt had enough coffee! Anyway it didnt work out for us well enough on the scoring  especially in light of Oli Townends record score of 19.7 on Cilnabradden Evo aka Gary. Our test of 31.7 left us very little room for error, to be in with any chance. It also didnt help that there was quite a cold wind on Saturday as Zagreb can be quite a sensitive soul and doesnt respond well to the cold during winter training, which is why we took the decision to withdraw him from the running. As I wrote last month in my blog, when a horse gets to the stage in his career that Zagreb is at (hes 15), he doesnt have loads of runs left, so you have to ensure that each one counts.

As he didnt get to run at Badminton (you usually would give a horse 6-7 weeks off after a 5* run), we were able to aim him at Tattersalls in Ireland, and then will be pitching him at Luhmuhlen after that.

Following Badminton we headed to the ERM at Chatsworth Horse Trials in Derbyshire. We were galloping around pretty much nailing the course, and in contention, then at the last but one fence from home, I took quite a tight line, and Zagreb tried to run over the fence rather than jump it; he did an aeroplane-style nosedive and it meant quite a heavy fall for me. A couple of physio sessions later, and I was as good as new  thats the good thing about my earlier days of rugby training, it toughened me up. But it was frustrating to miss out on a potential podium place.

It did make me take stock, and watch footage back of my round and accordingly my fall. It was a salutary lesson. I never realised how fast I ride through combinations, and watching others trying to judge how fast it will take to get back from the last ditch to brush, it was estimated to be about 30 seconds to get home. Well I got there in 29 seconds. Just with my natural riding style, I tend to go faster than I think and faster than others. Thus a valuable lesson learned. Now I know when Im on the latter part of the course, I dont need to panic about time, and I can just trust my own ability to get us round without taking unnecessary corner cutting risks.

To coin a popular phrase of the moment, every day is a school day, with this lesson under my belt, I continue to develop, improve, and obviously Im also trying to win. With the amount of cross-country rounds I ride, Im bound to come off occasionally!

An exciting prospect for this season is King of the Mill, a 9-year-old, now in his third season with us. He got the fastest round of the day at Chatsworth. Unsurprisingly, this horse is built for galloping and is exceptionally fast. So am I naturally a fast rider. King of the Mill, began his career with us quite sharp and spooky, and a little hesitant. Hes now stepped up to Advanced level and has really taken it on and grasped the challenge. Hes a big scopey horse, and I think at the lower levels he didnt have enough to focus on. Now hes really concentrating on the job in hand. He needs more experience of championship level shows, with the dressage and show jumping elements having people much closer to the arena, but I think hes ready for the challenge. Hes another horse competing at Tattersalls so well see how we get on.

The thing with eventing is when you try and take a risk cross-country if it comes off youre a hero, if it doesnt you can expect the criticism to come thick and fast. Youre treading a fine line regarding getting it right.

Its funny; after Id hit the deck at Chatsworth I took Zagreb XC schooling, needing to practise turns and learn from my mistakes. Anyway, he was not deterred one bit; in fact I had to calm him down. Hes such a stalwart, such a warrior, and such a dude. (Wheres the emoji for loveheart eyes?) I do love this horse.

Those of you who follow the fortunes of Team Bragg on social media might have seen the success of our oldest daughter, Ellouise at Howick recently. She led from the start with a dressage score of 21.5, and with a fantastic double clear she finished on her dressage score for an amazing win. Were so proud of her performance, and for her total commitment to the sport and her horses. At her first ever event, she lost due to time penalties for being too slow on the XC; at the second one, she lost due to being too quick, and now shes got the desired result. Shes totally immersed in the Team Bragg ethos  as long as the horse is enjoying it then she can too.

For instance around this event, in the lead-up she jumped the horse in the week, but then in the paddock it pulled a shoe off, and was a little footsore, so on the Friday she got up at 5.45am to get the horse ready, trotted it up to see if it was sound or not. It was fine, so she got on, had her jump lesson, and had the horse back in its paddock, and herself back at home by 7am, in time to get ready for school. Its that dedication that makes us so proud as parents.

With three lively girls, a yard full of horses, jump lessons all day, owners to speak to, sometimes you realise the finely tuned plate-spinning act thats going on; Simmone can be running around constantly organising horses, children, or the supermarket shop, and I might have Sienna tugging at my arm when Im talking to an owner telling me we have ten minutes to get to the school for her PTA meeting. But we manage to  seemingly - pull it off.

The season races on with Tattersalls, Wiesbaden ERM, Luhmuhlen 5*, and Arville ERM so we have some European touring to do! In between well be taking a new wave of youngsters to Pontispool with their superb facilities, with something of everything required at this great venue. And when were not doing that, I might be on my new exercise bike at home, building other muscles to help with my fitness regime.

Dogs to be kept on leads at ALL times when using Pontispool facilities. This includes course walking before competitions.

If any dogs are found off a lead, owners will be fined £10, which will be donated to the air ambulance.

...read on
Looking for Results?

You'll find results on our results and photos page.


Keep up to date